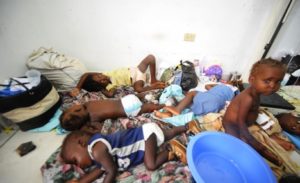 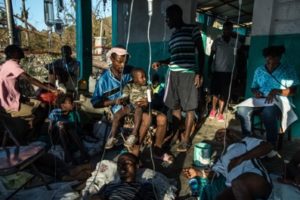 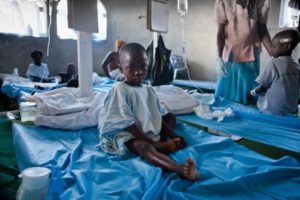 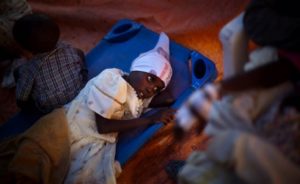 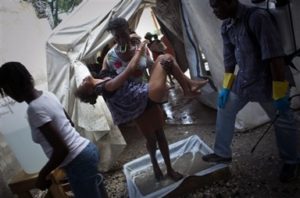 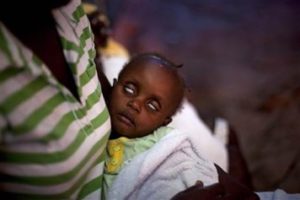 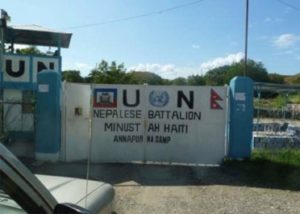 Following the January 2010 quake the situation was desperate. All  normal business activities were disrupted. So, Carolle opened her house as a Bed & Breakfast, generating an interesting stream of guests. Early  October 27 the Intel chief from MINUSTAH called to ask if  Al Jazeera’s team was still with us. If so, they should visit the Nepalese MINUSTAH unit at Mirabelais before noon.

They  would see something of interest. 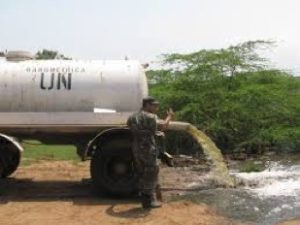 Juliana Ruhfus took her team to investigate and witnessed a UN truck dumping raw sewage into a tributary of the Artibonite River system and the story swept across the media, worldwide!

Earlier, Cholera had  been reported downriver as the epidemic was born. After photographing the dumping of raw sewage into the Artibonite System, Al Jazeera  set out to visit the major hospital, dealing with Cholera’s threat. Prior to their departure, we loaded their vehicles with cases of Rehydration Powder, left over the the quake disaster.  Carolle had stored this in her living room, along with a load of medical supplies.

Our 300 cases was the only supply of Rehydration Powder  in Haiti,  for a number of weeks.

For months, years United Nations authorities denied any and all  responsibility for the outbreak, even though the Nepalese battalion came from an area of Nepal, experiencing an ongoing  Cholera outbreak, with an identical “genetic fingerprint.”

How many died in the first surge?

We will never really know,  as foreign authorities did their best to cover up, rather than effectively deal with the challenge. The January quake had effectively destroyed what little infrastructure existed,  so medical facilities were primitive, to say the least.  In most areas, non-existent.

At one point the death toll was in excess of  18,000 and accelerating.  Frightened,  the International Community relieved the challenge by reporting ongoing deaths as the result of “Severe Diaherria,” instead of Cholera.

People still died terribly, but not of Cholera.

Today, Wikipedia says that “over 9,000 died.” I suppose this is factually true since 20,000, and more,  is over 9,000.  On occasion an entire village would succumb to cholera, leaving no one to report their deaths.  More than 1,000,000 have been infected and this number continues to climb as the Cholera takes victims at a decreased rate.

In December 2016, the then UN Secretary-General Ban Ki-moon finally apologized on behalf of UN, saying he was “profoundly sorry” for the outbreak .The Secretary-General promised to spend $400 million to aid the victims and to improve the nation’s crumbling sanitation and water systems. As of  now  the UN has come through with only 2 percent of that amount. 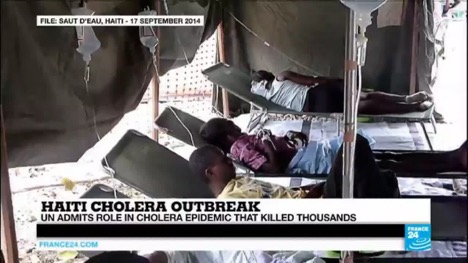 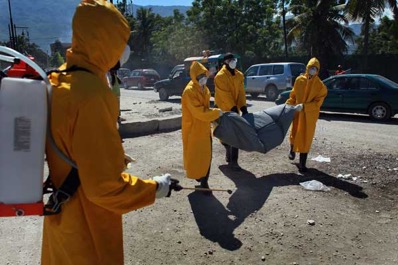 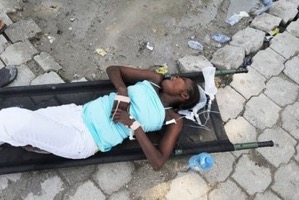