Lynn Garrison is an ex Canadian fighter pilot. His life story is a rollercoaster of aviation exploits and political intrigue. He lived in Ireland for 11 years during the 1960s and 70s and was a significant figure in the establishment of our film industry. Yet up until a few days ago I had never heard of him. I have just finished reading Des Eakin’s book Kinsale and was interested to find out more about Sir Richard Burke, Old English Catholic of Galway, who played a significant part in the English victory and was thereafter was granted Powerscourt Estate, Co Wicklow. Powerscourt has a special significance for me in that my first solo flight was from the small grass strip at Powerscourt circa 1989 and I also have a clear memory as a very young awestruck boy seeing a line up of WW1 biplanes there in the early 1970s. This prompted me to read further about the making of the Blue Max which had a close association with Powerscourt. Lynn Garrison is the man who brought this collection of aircraft to Ireland and was involved in the making of many notable aviation related films there over several years. His career is remarkable and his connections with Ireland all the more so. 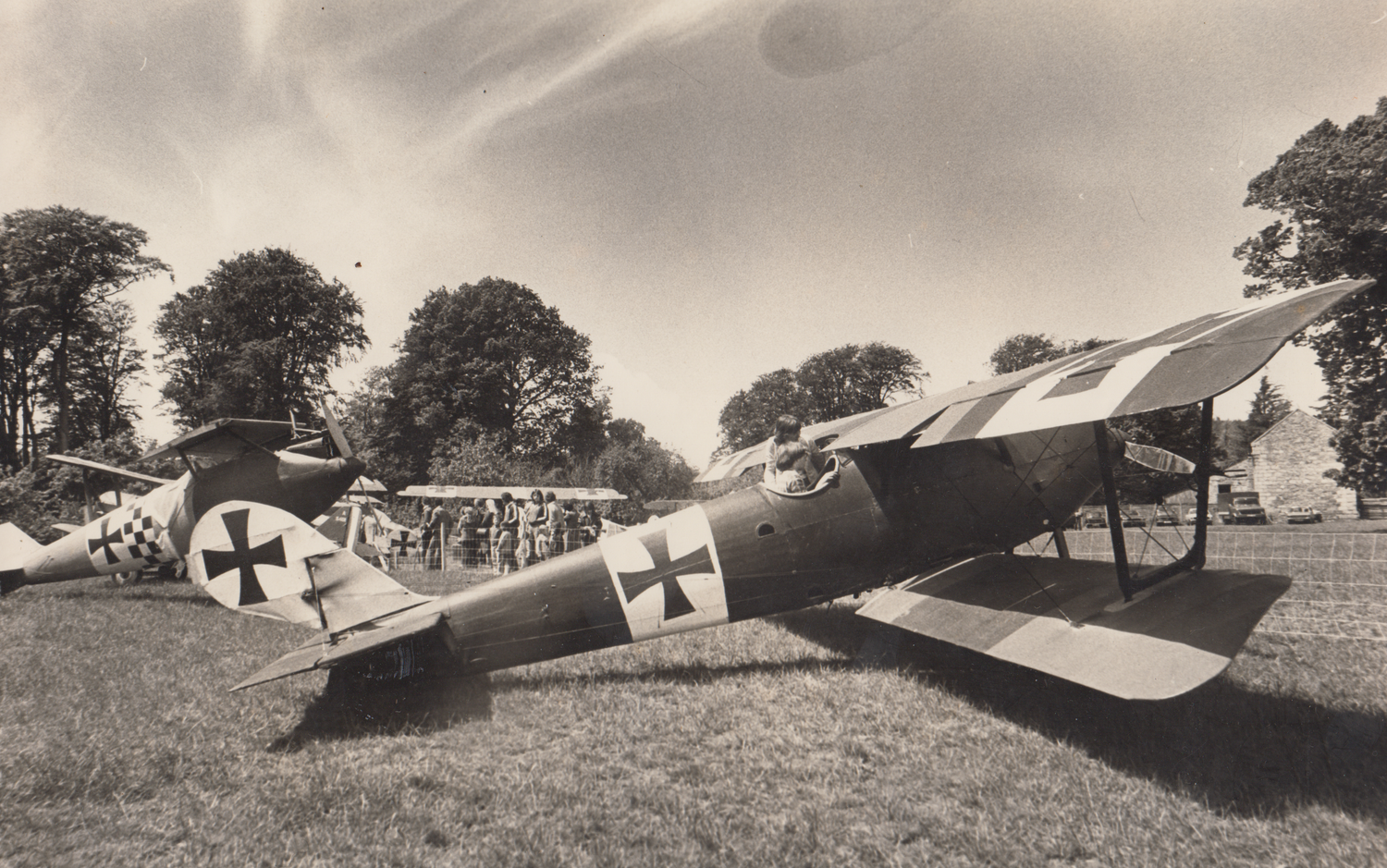 Garrison’s Air Force, 1972….much like the image in my minds eye.

After leaving the Canadian Airforce in the early 1960s he became involved in buying and selling surplus retired military aircraft. He built up a collection of historic aircraft, was involved in various air show events and established an aviation museum in Ontario. 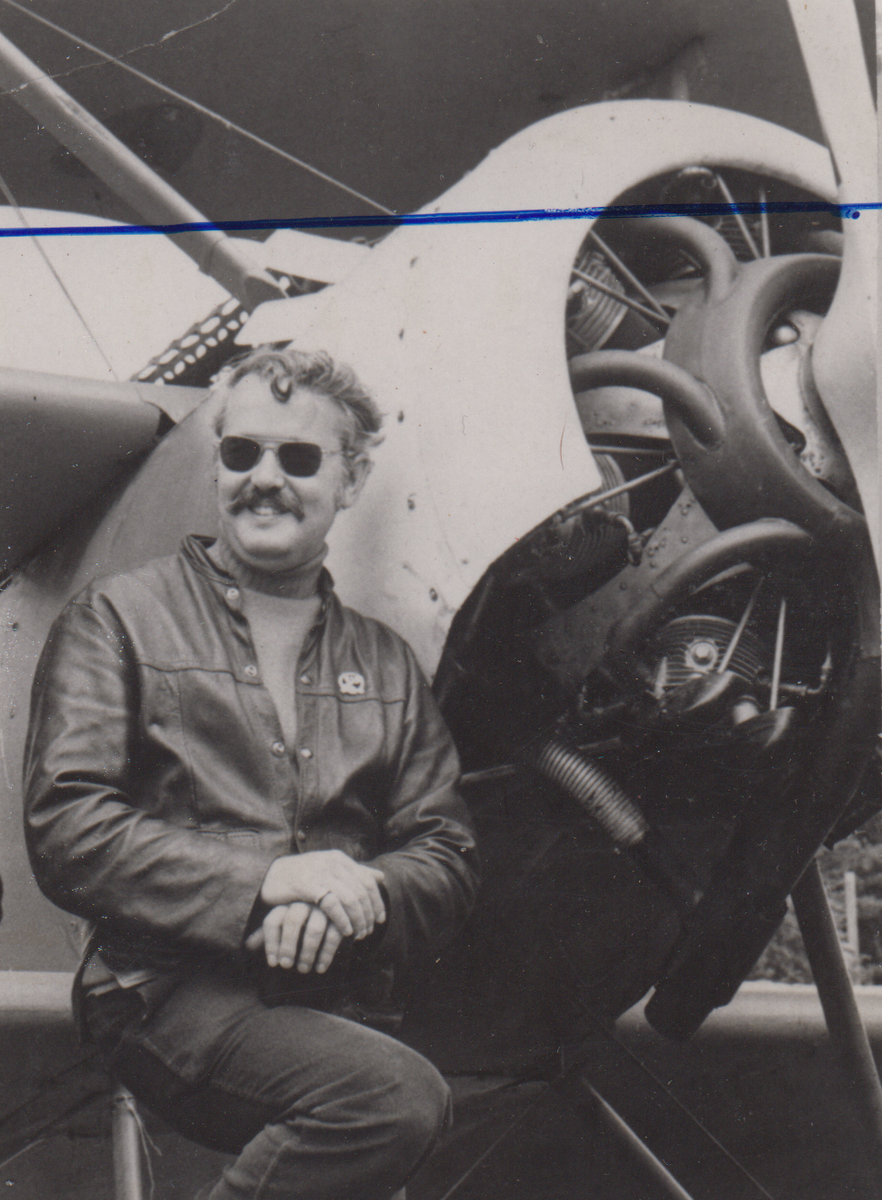 Garrison with his replica of the Red Baron’s Dridecker which he still owns today.

For a time Garrison and Taoiseach Jack Lynch were next door neighbours and this contact helped in the formulation of the Irish Film Act of 1970 which set the foundation for an expanding Irish film industry by providing advantageous tax advantages for film productions and resident foreign creative individuals.

Over a number of years Garrison and his vintage air force were involved in a number of aviation related or historical films….the Blue Max, Darling Lili, Von Richthofen and Brown, Ryan’s Daughter, Barry Lyndon and he developed a number of new techniques and camera mounts for aerial footage. 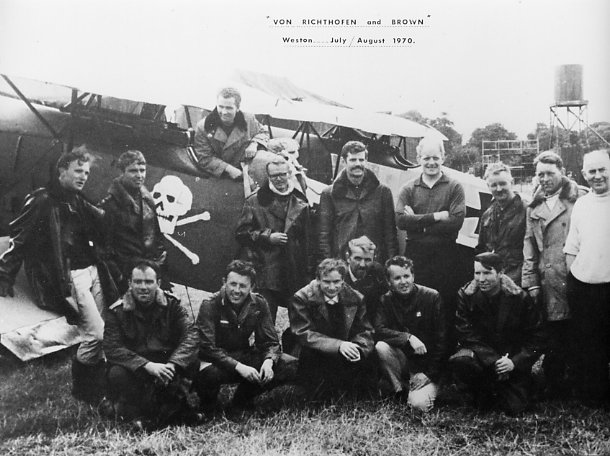 Garrison and the Irish Air Corps continued their relationship and the Corps provided aircrew and engineering staff to support films and television commercials Garrison worked through to the late 1970s. During this time James Baring(of the Banking family), later Lord Revelstoke(owner of Lambay Ireland) became closely involved. Baring owned a light sports/touring aircraft, the civilian precursor to the Warrior and he operated this out of the same field as Garrisons aircraft.

James owned a 260 civil model that we flew off my grass field outsid of Dublin, Ireland. He and I saw the potential of the Marchetti SF-260 as a military COIN aircraft and convinced the manufacturer of this. The SF-260 Warrior was a result of our proposal. We were also pressing Marchetti for the development of a tandem-seated fighter version, but this did not advance.

We used his civil 260 to practice low-level attack missions around the Irish countryside. 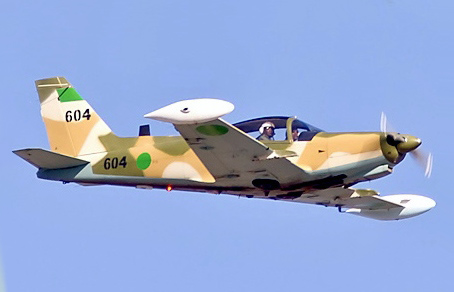 Garrison later was responsible for coordinating the first demonstration of the Marchetti SF-260 Warrior at Baldonnel, as a result of this presentation the Air Corps acquired a number of Warriors.

Via this Baring’s connection(Baring’s Father was a friend of the rebel leaders father) Garrison fought for the Biafran separatists in the Nigerian Civil War. There was also seems to have been a link via the Irish charity Concern….

During the Biafran War a DC-6 operated from Shannon, Ireland to San Tome with food and relief supplies. It was flown by a guy named Lynch, who had a brother, Father Lynch with CONCERN. It would fly into ULI, or other spots, to drop of the load. Return to San Tome, pick up weapons, and fly these into Biafra. It would then return to Ireland for another load, sponsored by the Catholic group CONCERN.

Garrison led this particular unit and flew in 4 of its 5 missions and it achieved spectacular success in destroying several recently delivered high performance combat aircraft supplied to the Nigerian Airforce by the Soviet Union.

At tree-top height we popped over the perimeter, I then dropped a few feet to flash across the grass at a shattering 135 mph, throttles against the stops, leaning forward in the harness as though this would add speed. In recalling those moments, I would swear that my spring undercarriage bounced on a grassy hump as I rushed towards my target.

Rockets shot past on both side of my plunging aircraft to hit open spaces in front of me. At least two of my associates had fired a way too early, wasting 24 rockets on empty ground. But then, ground attack is not an “on the job training” situation.

Parked aircraft were about 20 degrees port. I altered course pointing the nose of my ride directly at them.

Several MIGs, Il-28s, a DC-6, Dakota and Harvard made impressions on memory cells.

Close, very close – about 300 yards – pointed directly at a MIG-17 I pressed the “doorbell button.” With a whoosh my 12 explosive tipped Matra 98mm rockets accelerated away.

How could I miss?

We were “bore-sighted” on it!

The jet erupted in a giant fireball. At least two rockets hit an Il-28. This collapsed, broken where it sat. There were eruptions further along, among the other aircraft. 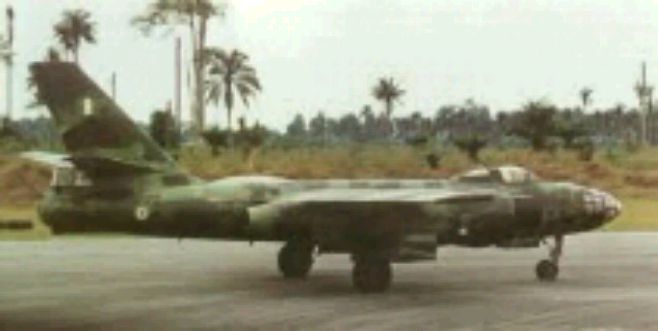 Count von Rosen and Garrison also used these same aircraft to drop relief supplies to civilians during the Biafran famine. Garrison developed a method of double bagging with a much large outer bag to reduce the rate of bursting. 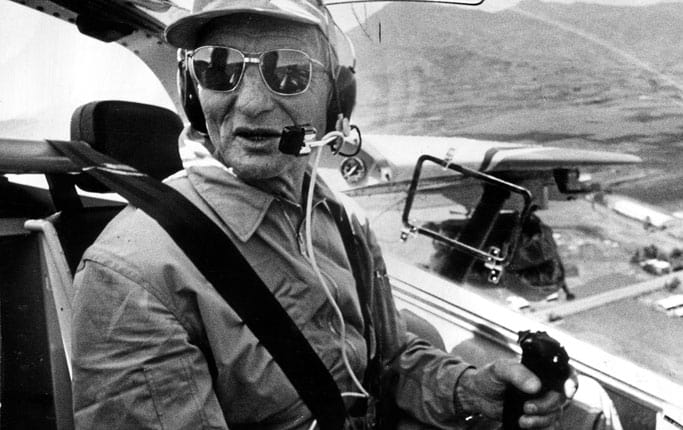 Von Rosen flying one of the MFI-9s with drop bags mounted.

This man has had a very colourful life and had a very close involvement with Ireland during the 1960s and 70s and yet I had never heard of him. Perhaps some here have some recollections from those times? 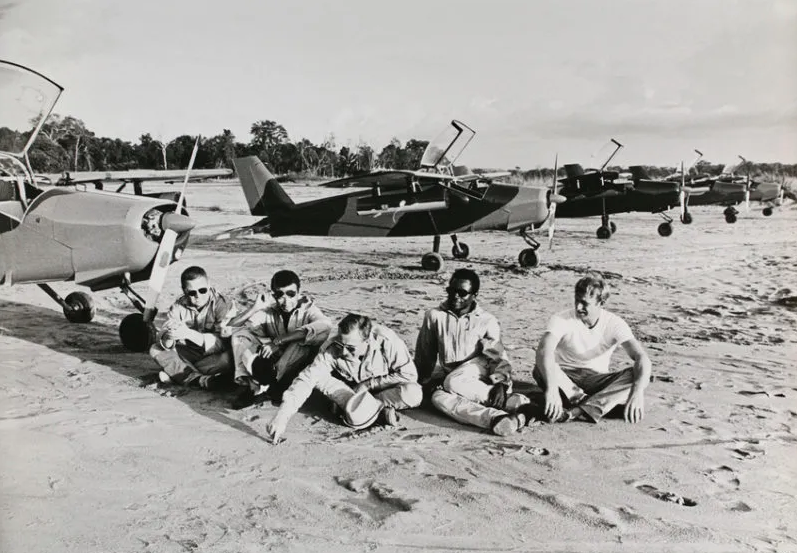 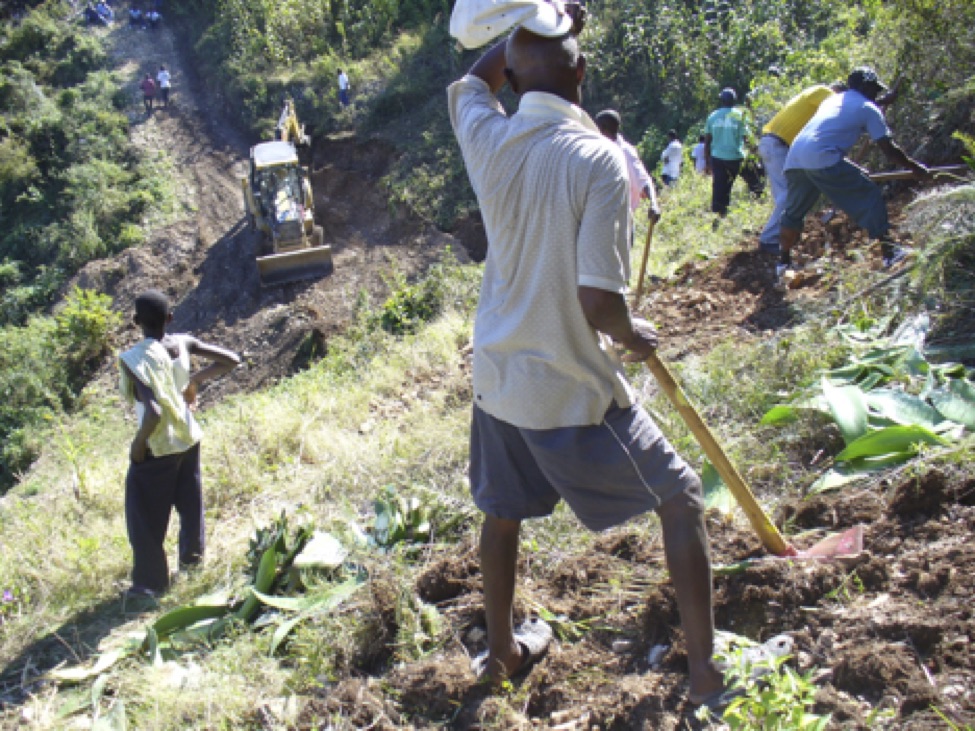 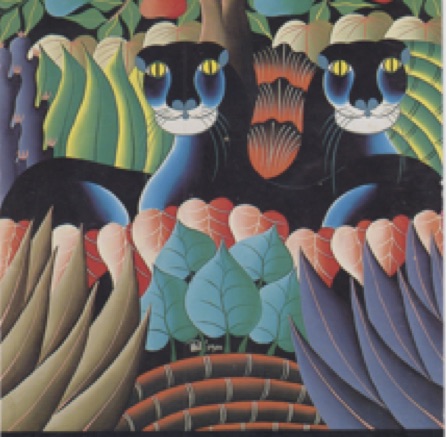 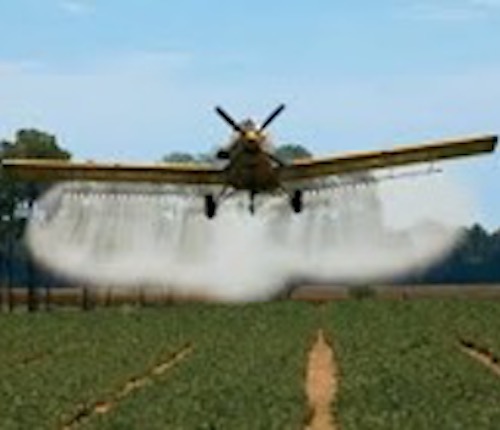