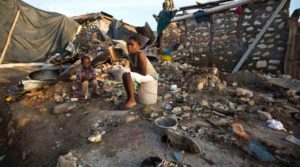 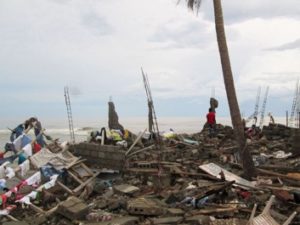 Each year Haiti lives through the Hurricane Season which extends from June 1  to November 30.   Some seasons see little activity, while others are frightening. The most recent disaster resulted from Hurricane Matthew that devastated Haiti’s southwest in September, 2016.

Some areas have yet to recover completely. 2018 has been a mild one and we didn’t experience any severe storm activity.

The most recent disaster saw  Hurricane Matthew devastate much of our SE coast, with a focus on  October 4, 2016 as a Category 4  having slowed from a Category 5.

We like to have a stock of emergency supplies for instant distribution. All too often disaster strikes and access to Haiti is blocked during the first key moments.

Sometimes, need arises close by. During October, 2016, as Hurricane Matthew devastated the region, Mission of Hope’s President, Brad Johnson was in Turks & Caicos. The majority of these islands’ residents are Haitian. Brad immediately recognized their desperate situation and moved into action with an instant plan to ship a boatload of material to our Haitian brothers and sisters there.

Many had lost everything.

Mission of Hope would use their boat TRUE NORTH to transport the relief supplies. Immediately, one potential problem presented itself. Everything MOH was sending had been imported into the Haitian system as donations. There were no regulations covering this challenge so Brad called Carolle to find a solution, Friday.

On Saturday, Carolle had the President’s Chief of Cabinet, the Finance Minister, Director of Customs, and Port Director in their offices to complete the paperwork in one marathon session, even as the boat was loading. Haiti’s Prime Minister Jackie Guy Lafontant visited TRUE NORTH, dockside, to see it off on its mission of mercy.

15 hours later the cargo was being downloaded on the docks in Turk & Cacos, for immediate distribution. 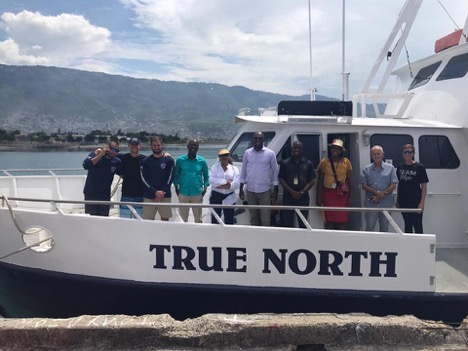 TRUE NORTH before departure for Turks & Caicos. Carolle in middle with hat. Lynn second from right. 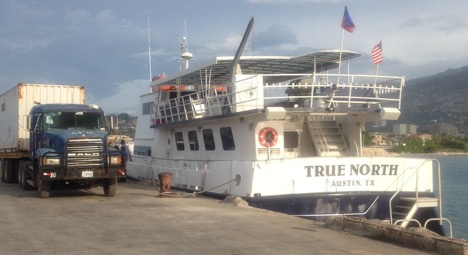 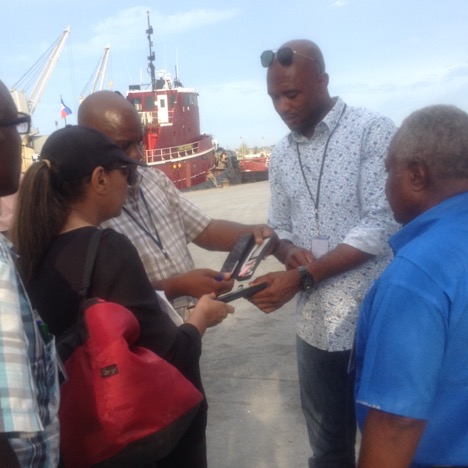 Carolle, with team, works out final details for Mission of Hope’s TRUE NORTH mission to bring relief supplies to Haitian in Turks & Caicos. 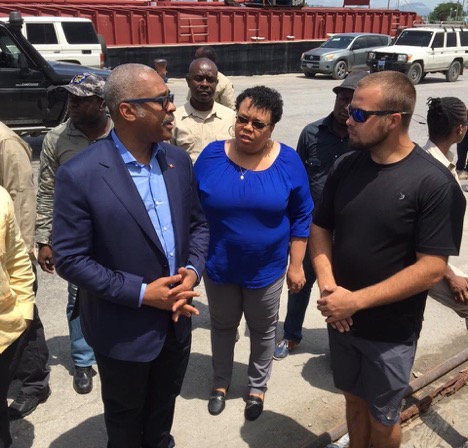